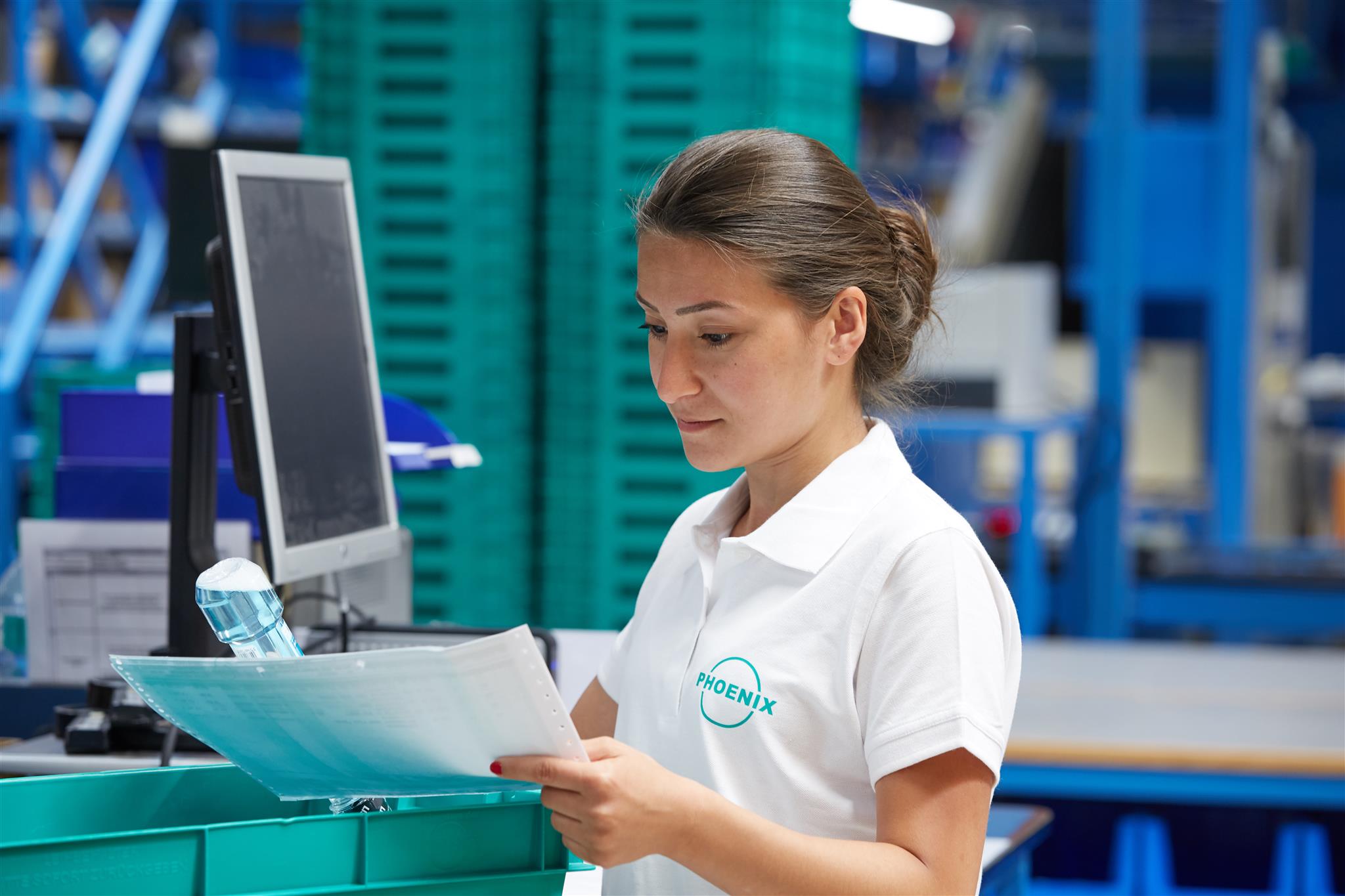 Mannheim, 21 December 2017 – The PHOENIX group continued to develop profitably in the first nine months of the fiscal year 2017/18 (February to October 2017). The total operating performance significant for pharmaceutical wholesale rose by 4.7 per cent compared with the same period of the previous year to €23.4 billion. Adjusted for foreign exchange rate effects, the increase amounted to 5.1 per cent. Group revenue grew by 2.6 per cent (adjusted for foreign exchange rate effects: 3.0 per cent) to €18.5 billion. The healthcare provider recorded a rise in revenue in the Northern and Western European markets in particular.
In the first three quarters, the company increased its total income by around 5.1 per cent to over €1.9 billion. Earnings before interest, taxes, depreciation, and amortisation (EBITDA) grew clearly in the first nine months by €27.7 million to €322.3 million – an increase of 9.4 per cent. Profit after tax also rose significantly by 27.9 per cent to €136.2 million (comparison period: €106.5 million). “The first three quarters of the fiscal year 2017/18 underline the good market position of the PHOENIX group as a leading healthcare provider in Europe,” summarised Oliver Windholz, Chief Executive Officer of the PHOENIX group.

The financial result improved to €−31.6 million, compared with €−33.3 million in the comparison period. As at 31 October 2017, equity stood slightly above the previous year’s value, at €2.78 billion. The equity ratio amounted to 32.5 per cent.

In October 2017, PHOENIX opened a new distribution and logistics centre in Gotha, Germany. The site covering more than 10,000 square metres supplies pharmacies in Thuringia, Saxony, and Saxony-Anhalt. “Thanks to our state-of-the-art building in Gotha, we are now able to supply our customers with medicines even more quickly and reliably. By doing so, we aim to promote the position of local individual pharmacies,” said Windholz.

For 2017/18 as a whole, the company aims to expand its market position in Europe. “As a result of our organic growth and following targeted acquisitions, we expect the PHOENIX group to achieve a clear increase in revenue and result,” explained CEO Oliver Windholz on presenting the quarterly figures.

The PHOENIX group, headquartered in Mannheim, is a leading pharmaceutical trader in Europe. Active in 26 countries, the company offers unique geographical coverage throughout Europe, making a vital contribution to comprehensive healthcare with around 34,000 employees. The PHOENIX group’s vision is to be the best integrated healthcare provider – wherever it is active.

The PHOENIX group considers itself to be a link between manufacturer and patient. Pharmaceutical manufacturers, pharmacies, doctors, hospitals, health insurance funds, and patients across Europe can benefit from our service offering. In pharmaceutical wholesale, the PHOENIX group is active with 152 distribution centres in 26 countries and supplies pharmacies and medical institutions with drugs and other health products. Numerous other products and services for pharmacy customers complete the portfolio – from support with patient advice to modern goods management systems to pharmacy cooperation programmes. With over 12,000 member pharmacies, PHOENIX Pharmacy Partnership is the umbrella for our European network of 12 cooperation and partner programmes in 15 countries. Pharma Services provides services across the whole supply chain for the pharmaceutical industry. The PHOENIX group already operates over 2,000 of its own pharmacies in 13 European countries, thereby having profound knowledge of the pharmacy business. Our more than 17,000 pharmacy employees have around 136 million customer contacts each year. They dispense approximately 300 million drug packages to patients and advise them on issues concerning pharmaceuticals and general health. (Last updated: 31/01/2017).

back to all news